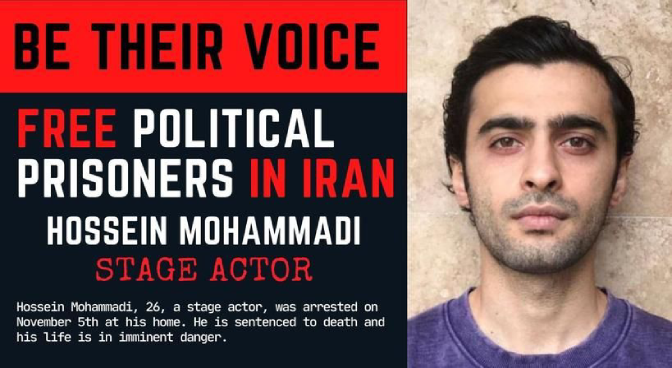 The ITI’s International Action Committee For Artists Rights (ACAR) has published a rolling list of more than 30 Iranian theater artists who have been arrested for taking part in the political protests over the past two months:

Among them was actor Hossein Mohammadi, who was sentenced to death. The ITI joins the statement of solidarity of the Düsseldorfer Schauspielhaus, which speak out against any human rights violations and the death penalty in this context.