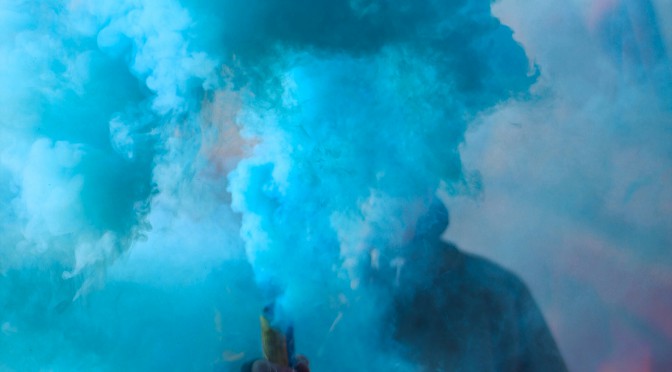 “The Stage is our Nature“

In 2016 IPF has launched a multicultural short play competition around the globe. All plays are dealing with the issue of individual responsibility in the context of environ- mental protection.

An additional mentoring program started after the announcement of the five winning plays and lasted until the end of the year 2016, depending on the needs of the play- wrights.

The readings are directed by Matthias Gehrt and rehearsed with students of the Uni- versity of Segovia.

Some of the playwrights are attending the readings. An open discussion will complete the presentation of the winning plays.

is the Artistic Director of Hong Kong Dramatists, a veteran theatre artist and cultural practitioner based in Hong Kong. She focuses on text-based cross disciplinary and cross cultural theatre making through playwriting, directing, dramaturgy and curating. She was awarded the Asian Cultural Council Lee Hysan Foundation Fellowship and the

Foreign and Commonwealth Office of the British Government’s Chevening Scholarship for her outstanding achievements. She was a resident artist at The Lark Play Develop- ment Center (New York) and Odin Teatret (Denmark). Her works have been presented in major cities in Europe, U.S. China and Asian cities, recent commissions include Fleet at M1 Chinese Theatre Festival in Singapore. Small Waisted has won the Multi-cultural Short Plays Competition organized by the International Playwright Forum of Interna- tional Theatre Institute (2016).

is a Berlin based screenwriter, playwright and filmmaker. After graduating in Dramaturgy and Creative Writing at the Faculty of Dramatic Arts in Belgrade, Verhoef moved to Berlin where she did several assistantships at the dramaturgy depart- ment of Deutsches Theater Berlin. Verhoef’s thea- ter plays premiered at internationally acclaimed festivals and in German theaters, such as Maxim

Gorki Theater, with This is not happening, or Mainfranken Theater Würzburg, and Düs- seldorf Schauspielhaus with Amsterdam, in 2014 and 2016. She also directed a number of short documentaries commissioned by Deutsches Theater Berlin, Z-Bau Nürnberg, Theater Strahl, among others. She is a graduate of Ekran+ program at Andrzej Wajda Film School and alumna of the TorinoFilmLab, International Forum Theatertreffen Ber- lin and Forum of Young European Playwrights of Theater Biennale New plays of Eu- rope. Her short play The Food Ambassador will be presented at the 35th ITI World Con- gress 2017.

is a playwright, director and a teacher at the School of Dramatic Arts of the Kibbutzim College. She is currently studying for an M.A. degree in an interdisciplinary art program of Tel Aviv University.

Zarka was the playwright and director of the play “Post- al delivery to God”, together with the creator Ruthie Osterman. It performed at the International festival,

Bharat Rang Mahotsav 17th in India and at the Arabic-Hebrew Theater during the years 2013-2015. She also wrote and directed the play “Ophel-jah” in the National Fringe Festival 2014 in Acre and directed the play “Men’s Business” by Franz Xaver Kroetz, which was performed at the Arabic-Hebrew Theater. Previoulsy, she worked as a direc- tor in three Schools of Dramatic Arts: Yoram Loewenstein, Kibbutzim College, Good- man Acting School. She also was a member of the artistic committee of Haifa Interna- tional Children’s Theater Festival 2014-2016.

is a psychologist and behavioral scientist by training, has been active in the theatre world for over fifty five years and has been a management professional for over forty five years in The P&P Group, a management resource centre founded and directed by him. Vijay joined Bangalore Little Theatre in 1960, the year of  its inception, and later served the company as actor, director, trainer, writer, designer and administrator, including two terms as President. He has been responsible for institutionalizing sev- eral activities of Bangalore Little Theatre, like the annual sum- mer workshop for newcomers or the History of Ideas program

of biographic plays. He has written 45 original plays and adapted or translated several other play scripts. Seagull Books has published a volume of two Gujarati plays translat- ed by him. In 1993 Vijay won the award for the best contemporary play script institut- ed by The Hindu for the play Credit Titles. He is currently working on a collection of short stories.

has a Bachelor of Arts (Literature) at University of Seoul. In 1988 he got his Master Degree from the Theatre Department at Dongguk University, followed by a Master at the Theatre Department at the Oklahoma State University in 1992. His PhD in Theatre followed 1997 at Tech University of Texas. Currently he is Professor of Theater and Performance at Suwon Science College in South Korea. In 2004 he has found- ed his own theatre company called “Root“of which he is Pres- ident and standing director. He directed several plays, such as

Members of the Jury

He is the initiator of the multicultural „10 Minutes Plays Com- petition” of the Playwrights’Forum (IPF). He is the President of the Israeli I.T.I. Centre and Associate Professor Emeritus at Tel Aviv University, where he also served as Chair of the Theatre Arts Department. He has also been Visiting Professor at He- brew, Munich LMU, and Venice International Universities. In 2004 and 2010, he won grants from the Israel Science Founda- tion. He has published three books and numerous articles on such topics as dramaturgy, Israeli, German and Scandinavian

Drama, Jewish Theatre, Holocaust Theatre, Theatre and Education, and Acting and Di- recting Theory. Kaynar is co-editor of the quarterly Teatron; and Regional Managing Editor for Israel of The Theatre Times. He has curated several festivals in Israel and abroad and has worked on Israeli stage, film and TV as dramaturg of the three major Israeli theatres, actor and director, and has translated dramatic texts from English, German, Norwegian and Swedish. For his Ibsen translations and research, he was des- ignated in 2009 as “Knight First Class of the Royal Norwegian Order of Merit.” He has promoted joint workshops of Israeli Jewish and Palestinian actors through the “My Unknown Enemy” project. He facilitated the overseas participation of Israeli theatre artists in international workshops in various performative fields.

He studied Theatre-Studies at Ludwig Maximilian University of Munich from 1984 to 1991. After getting his Ph. D. in Theatre- Studies in 1991, he came back to Korea, participated in the Asia Pacific Theatre Festival, started working on projects related to the ITI and participated in the ITI’s 1993 World Congress in Mu- nich. In the beginning, he was a member in the Cultural Identity

and Development Committee (CIDC). In 1995 he started working as a professor at Sangmyeong University’s department of Theatre Studies in Seoul. Since 2014 he is Vice-President of the International Playwrights’ Forum (IPF). Since 2017 he is Artistic Director & Chair of the International Relations Committee and of the Korea Interna- tional Duo-Theater Festival.

Matthias Gehrt first completed a management training at a German textile group before becoming a director’s assistant at Berliner Schaubühne. From 1983 to 1988 he worked mostly with Peter Stein and Luc Bondy while simultaneously accomplishing his studies of humane and liberal arts. From 1988 to 2010 Gehrt directed around 50 theatrical productions, most of them in Germany but he also directed numerous productions abroad collaborating with theatre companies in England, Canada, Nige- ria, Mexico, Sri Lanka, Ghana and Israel. In 2010 Matthias Gehrt

was appointed artistic director of the drama department at the Theatre Krefeld- Moenchengladbach where he directed 16 productions to date. Since 2004 he is a member to the German centre of the ITI and a member to its board since 2012.

Ursula Werdenberg is a dramaturg and playwright. She worked for 30 years as a dramaturg, later as Head of Dramatur- gy/Member of the Artistic Board at many theaters in Switzerland (Basel, Zurich Neumarkt, Lucerne) in Germany (Heidelberg, Staatstheater Wiesbaden und Braunschweig) and in Austria. Since 2008 she is the Secretary General of IPF. From 2007-2012 she was Secretary General of the Swiss centre of the ITI. She has conducted “Dramaturgy/Playwriting” Workshops at home and