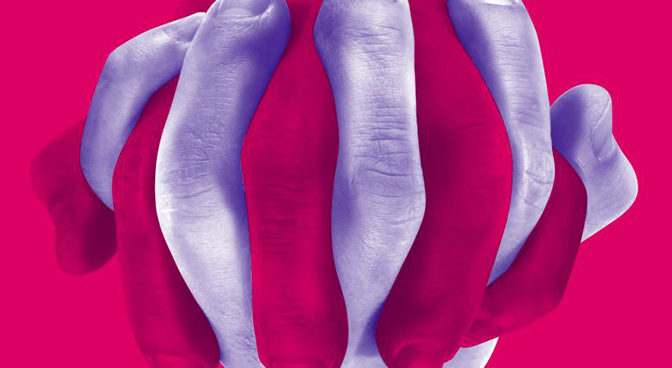 “Corona is not our main problem right now!”
An international panel organized by Swiss ITI:

For the international Theater Institute, founded in 1948 under the auspices of UNESCO, theater in conflict areas has always been a key issue. In Switzerland, too, there are many theater professionals who are involved in productions in areas of international crisis and conflict and who also make performances in Switzerland. One example is the production “Shengal – The Power of Women”, which addresses the fate of Yazidi women in Northern Iraq and which is currently being revived at the Volksbühne Basel.

How do you see yourself and what is your motivation to work in intercontinental theater projects? Which stereotypes are involved consciously or unconsciously? How do joint artistic processes work in mixed teams with different artistic backgrounds? How do the experiences made, change those involved and their individual artistic goals?

Thorleifur Örn Arnarsson , Acting Director at the Volksbühne Berlin, was invited to the 2011 International Theater Festival in Erbil (Iraq) with his production “Mother Courage and Her Children”. The Swiss director and actress Anina Jendreyko has been working regularly in crisis and conflict areas for many years, mainly in the Middle East. The actress O’tooli Fortune Haase comes from Malawi (Southeast Africa) and worked in a mixed ensemble of German and Malawian actors in Africa and Europe. Bernhard Stengele was acting director at the theater in Würzburg and Altenburg / Gera. His many years of theater work with actors from Africa in mixed ensembles began with a co-production with the CITO Theater in Burkina Faso (West Africa). Today Stengele is the state spokesman for Bündnis90 / Die Grünen in Thuringia. Homan Wesa is a theater and film actor from Kabul. On behalf of GIZ, he worked in Afghan refugee camps and for street children. He played at the German National Theater in Weimar in the production “Malalai”, which was also shown in Switzerland, and is currently studying directing at the Ernst Busch Academy of Dramatic Arts in Berlin.

It will be moderated by Daniel Bausch , President of the Swiss ITI and Vice-Dean of Academia Dimitri, and Thomas Spieckermann, Director of the TAK Theater Liechtenstein